Who will be cashing in on a cash-less society? 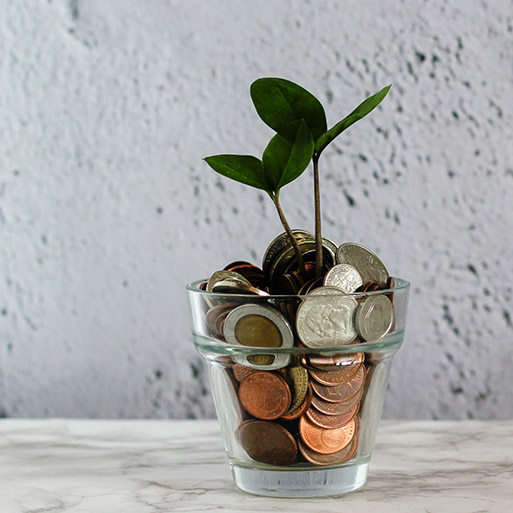 A cash-less society has been talked about for such a long time now that many of us switch off when the topic is raised, but who would actually benefit from it? How much money are we talking about and what are the catalysers that will accelerate the process?

Transactional Revenue, the income made by financial institutions from moving money between two parties reached $1.1 trillion in 2014, representing nearly 27% of global-banking revenue. Boston Consulting Group project for this number to grow to $2,2 trillion by 2024.

Card schemes like Visa and Mastercard have long since played an active part in the process, in symbiosis with the banking network. But competition from other card schemes is growing, margins are shrinking and as a result, some of the banking relationships are under strain. Visa and Mastercard can be credited for driving innovation, for opening the market to alternative fintech players, with the aim of staying ahead of the game whilst improving operational efficiency and customer experience.

So why the continual myth of the cash-less society? Let us be clear, the right for a government to issue money as a legal form of tender is written into the law books of most nations. This is of particular importance in times of crisis like Covid-19, where governments rely on being able to borrow in local currency, to stimulate the recovery of their own economy. According to Deutsche Bank Research, cash withdrawals at the beginning of the shut-down were up by roughly 50%. About 45% of this increase was paid out in smaller banknotes, suitable for everyday purchases, the transactional function of cash. The remaining 55% were cashed out in larger notes, most likely for hoarding, the store-of-value function of cash. It appears that cash is here to stay but it should be noted that the requirement for cash at ATM’s in Germany has since drop to about 20% below the pre-Covid demand year on year – what is the reason behind this?

What has changed is the way payments are made amongst each other, as individuals and as organisations. Various surveys since the end of March suggest that between one-quarter and just under half of Germans are currently using cards far more often than cash to pay for their purchases, with contactless cards being particularly popular

And now some of the big technology companies are ready to capture at least part of this transactional revenue, away from the domestic banks and lenders who currently earn the lion share of this income stream

In my last post I highlighted the recent investment of Apple into a fintech that will allow for Apple devices to accept payments, using NFC contactless technology. It was the last missing piece in their puzzle, Apple now own their entire payment platform, online and face2face. All this is achieved by cleverly assembling standardised and proven payment technology. Looking at the vast number of App developers in the Apple-store community I am excited to see their first use cases when they go to market.

Likely applications do not necessarily require a Chrystal ball to predict. A whopping 42.5 percent of payments executives have stated to be focused on peer-to-peer (P2P) payments. Apple will no doubt be the first mobile phone manufacturer to offer P2P payments amongst their user groups and P2B applications won’t be far behind. And because everything is based on open standards, we will also be able to see users with Android phones transferring money to users with – you guessed it, an Apple phone.

So where does this leave Google, Facebook and Microsoft, as well as Apple’s nearest competitor Samsung and most of all, the leading national banks around the world? Remember that some of them have tried and failed with standalone solutions like e-Wallets and contactless payment gadgets.

The answer is cooperation, the use of open standards and innovation to build competitive solutions whilst offering the all-important local touch. Using best of breed open banking providers that are compatible with national payment rails, banking systems and the existing and emerging card schemes. Mastercard and Visa are encouraging competition and innovation like never before, CUP are pushing hard and European banks have started the process of creating their own regional card scheme, again.

PAYNETICS are an open banking provider, offering an open standard, mobile, multi-rail payments platform to help build something special, a customized local payment solution for an inclusive society with global interest and responsibility.