Insights from Money 2030 – Who are the winners and losers with the rise of Finance as a Service? 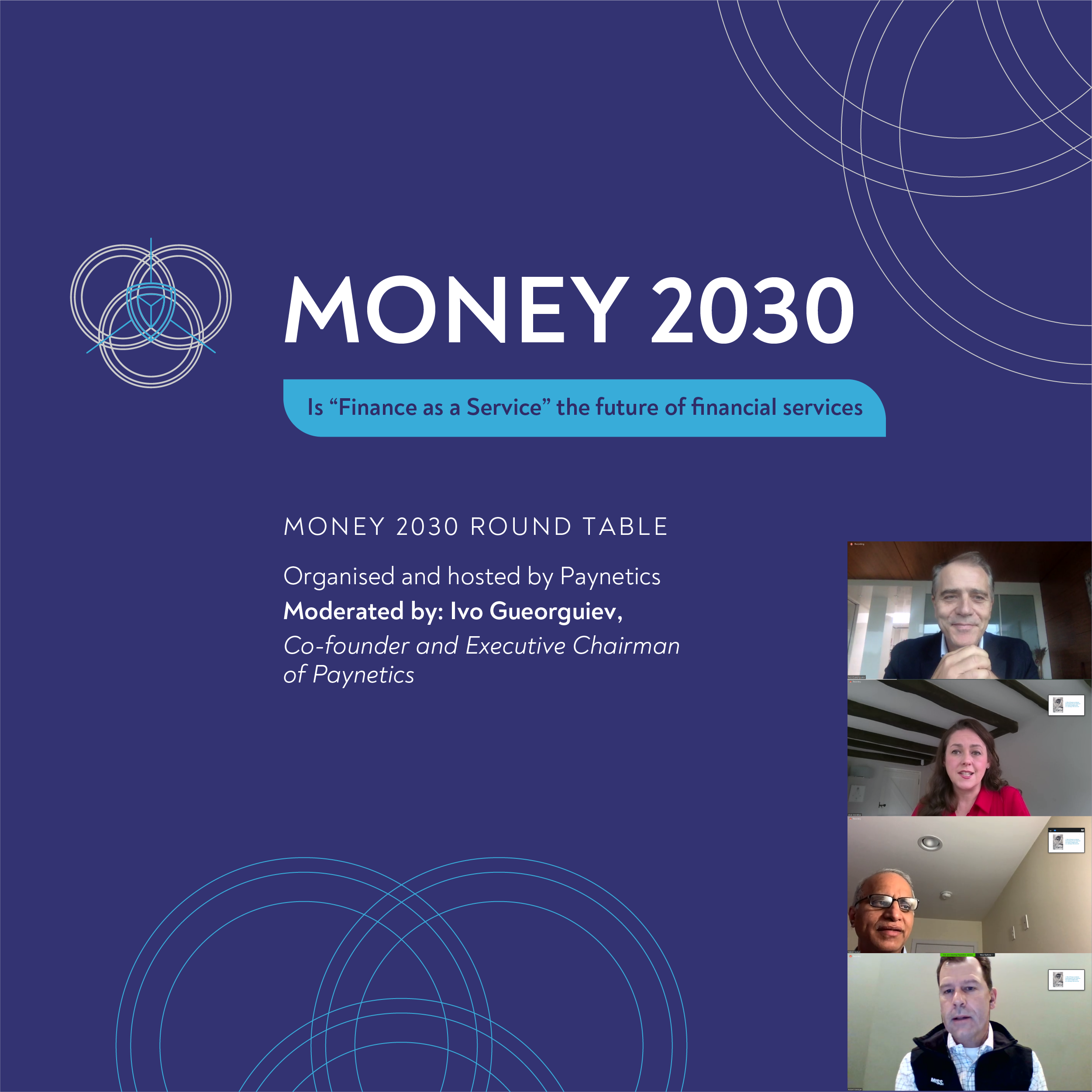 Last month, we held the second virtual event in our ‘Money 2030’ series on the future of fintech which featured expert panelists from across technology and financial services.  The theme for our most recent event was: “Is 'Finance as a Service' the future of financial services?”. The online event was chaired by our Executive Chairman and Co-founder Ivo Gueorguiev, and our panel of speakers were:

This is the second in our series of blog posts diving more deeply into some of the issues and topics discussed in the event. This week, we are looking at who the winners and losers will be as Finance as a Service (FaaS) gains traction.

Scott Abrahams of Mastercard probably best summarised the sentiment of the panelists when he predicted that customers will most likely be the principal winners, and that the companies most attuned to what the customers want will benefit most from emerging technologies.

Scott also noted that companies which already have existing customer bases should be best able to take advantage of this trend, as they have more data, and they can extend their product range with new financial propositions. This is the case for growing neo-banks like Monzo, but it also applies to non-financial players such as telecos, retailers and other sectors where there are deeper, frequent customer relationships and transactions.

Predictive Black’s Zitah McMillan pointed out that companies with a clear sense of their purpose and value proposition, and digitalisation and financial innovation as part of their DNA would be more likely to benefit from this Finance as a Service trend. She noted, based on her experience at the FCA, that sometimes the “larger, more established firms struggle with a ‘what are we’ question; new market entrants who have a clear focus and purpose are able to gain traction more quickly in this context”.

Robert Matys of IBM stressed the importance of operational solidity as a building block to ensuring future success for any player. He noted that initiatives like TCH’s Real-Time Payments (RTP) network and the European Payment Council's Single Euro Payments Area (SEPA) payment-integration scheme require always-on, frictionless payments, which in turn requires highly scalable, always-on systems. Those who can ensure this will benefit as the demand for such service grows exponentially.

Our own Executive Chairman Ivo Gueorguiev focused on the position of the smaller banks, building societies and credit unions in this changing environment. Given the investment required for the kind of technological backbone that Robert Matys outlined, he suggested that the way forward for them is to build bridges and alliances with other players. Collaboration and co-operation, rather than competition could be the order of the day for fintech’s future winners.

Nilesh Vaidya, Executive Vice President, Capgemini, picked up the theme which Scot mentioned of the larger players with larger customer bases being able to use and actively mine their rich resource of user-generated data for product and service development. This will allow the providers of FaaS to better understand the customer, design a better product and deliver it in a more efficient way.

Both Mission OG’s Rob Metzger and Dawei Wang of Thunes compared and contrasted the potential fortunes of B2B businesses. Both of them noted that in the B2B space, new and innovative payments technology and new market entrants have seen slower take-up than in the B2C space. Rob Metzger believes that this is partly due to the strong levels of trust that businesses have in more established providers of financial services. He explained: “banks have spent years building customer relationships and delivering products”. As a result, there is likely to be a strong level of “residual trust” with these companies and brands.

Our Executive Chairman Ivo wrapped up this section of the discussion by addressing the elephant in the room – “Big Tech”. He pointed out that companies like Amazon, Google and Facebook have the resources to challenge the existing big banks. They have billions of consumers, and through the data they collect, they know their customers extremely well. As Scott Abraham of Mastercard said at the start of this discussion, these are some of the most important prerequisites for successfully riding the FaaS wave. Big Tech poses a significant threat to both the incumbent players and the emerging fintechs, which further necessitates bridge building and forming alliances. Perhaps, as we said earlier, the winners of the FaaS revolution will be the companies that cooperate and collaborate most, rather than those who compete the hardest.

In our next and final blog post from this virtual event, we’ll look more deeply at the impact that the Finance as a Service revolution is having on the customer experience and expectation. And we’ll also address whether or not consumers will readily adopt financial technologies and services provided by non-traditional providers.